Did you know that this Sunday is Groundhog Day 2020!

The groundhog is a well-known rodent, notorious for predicting spring's arrival.

(For those who do not know about this "American" tradition)

A Palindrome Day is when the day’s date can be read the same way backward and forward.

For those of us, early risers who can head to the Staten Island Zoo for a special ceremony, where the resident groundhog Chuck is ready for meeting with his shadow:) 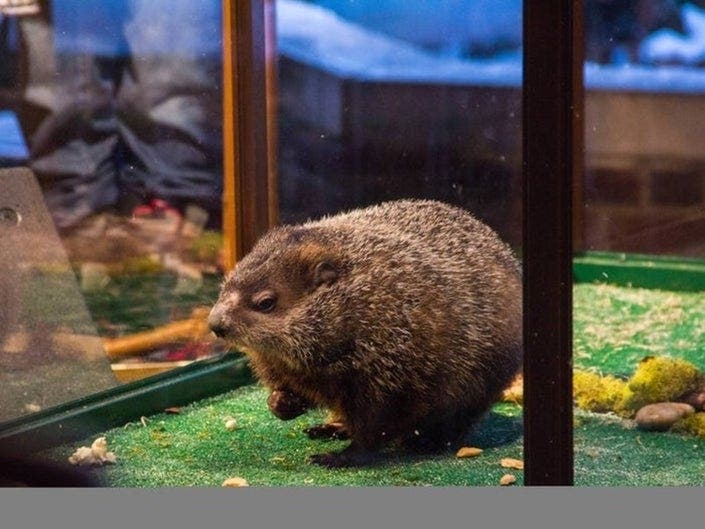 "Groundhog Day lore says if he sees it, we're in for six more weeks of winter. If not, an early spring is on its way. 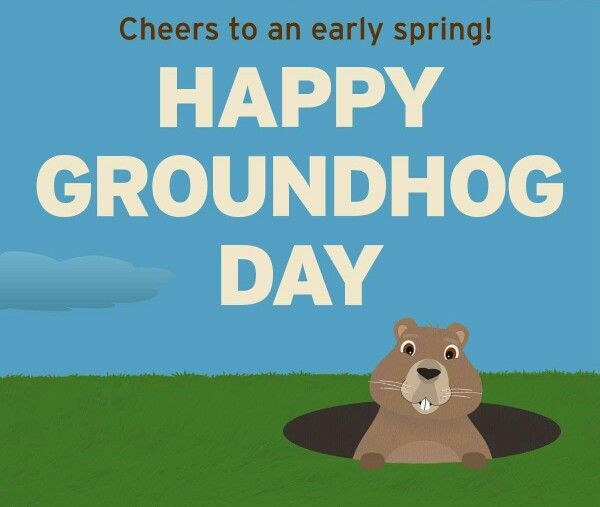 From the History Channel:

Falling midway between the winter solstice and the spring equinox, February 2 is a significant day in several ancient and modern traditions. The Celts, for instance, celebrated it as Imbolc, a pagan festival marking the beginning of spring.

Germans developed their own take on the legend, pronouncing the day sunny only if badgers and other small animals glimpsed their own shadows. When German immigrants settled Pennsylvania in the 18th and 19th centuries, they brought the custom with them, choosing the native groundhog as the annual forecaster.

The first official Groundhog Day celebration took place on February 2, 1887, in Punxsutawney, Pennsylvania. It was the brainchild of local newspaper editor Clymer Freas, who sold a group of businessmen and groundhog hunters—known collectively as the Punxsutawney Groundhog Club—on the idea.

The men trekked to a site called Gobbler’s Knob, where the inaugural groundhog became the bearer of bad news when he saw his shadow.

Nowadays, the yearly festivities in Punxsutawney are presided over by a band of local dignitaries known as the Inner Circle. Its members wear top hats and conduct the official proceedings in the Pennsylvania Dutch dialect. (They supposedly speak to the groundhog in “Groundhogese.”)

How Accurate Are Groundhogs?

While sunny winter days are indeed associated with colder, drier air, we probably shouldn’t trade in our meteorologists for groundhogs just yet. Studies by the National Climatic Data Center and the Canadian weather service have yielded a dismal success rate of around 40 percent for Punxsutawney Phil.

Staten Island Chuck, on the other hand, is reportedly accurate almost 70 percent of the time.

Also known as woodchucks, groundhogs belong to a group of large ground squirrels known as marmots. They grow up to 25 inches long and can live for 10 years in captivity.

(According to legend, Punxsutawney Phil is more than 125 years old thanks to the magical punch he imbibes every summer.)

Groundhogs spend the winter hibernating in their burrows, significantly reducing their metabolic rate and body temperature; by February, they can lose as much as half their weight.

When they’re out and about, the bristly rodents eat succulent plants, wild berries and insects—and they don’t mind helping themselves to garden vegetables or agricultural crops.

From the archives Daily News:
02-02-2014: Charlotte jumped from the mayor's arm:  10-month-old female groundhog named Charlotte
The ceremony the next year in 2015: the Staten Island Zoo made changes for the safety of all participants. The groundhog was hidden in an acrylic enclosure and no one touched Chuck. 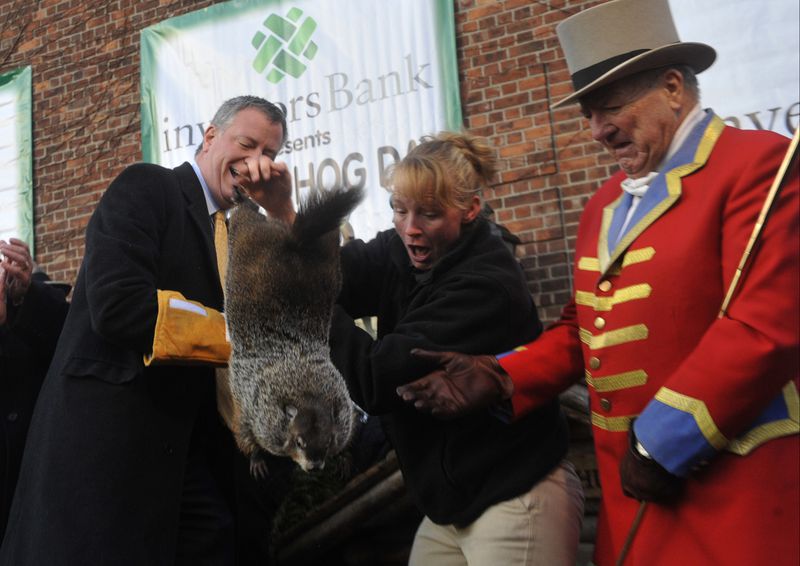